Is Rio really that dangerous?

Before we ventured off and mentioned to people that we were going to be travelling around South America for 6 months, most people’s initial reaction would be to tell us to be careful or ask if we were scared because of the dangers that come with South America, especially in Brazil and particularly the safety in Rio.
Even whilst travelling around Brazil, we were warned by locals to be careful because of the dangers and people from other parts of Brazil would have chats about the safety in Rio.
Of course, we were also aware of the reputation these places had before we left but this didn’t put us off travelling there as at the end of the day, thousands of people travel and live there every single day and nothing has happened to them. However, even with this frame of mind, we found that once we arrived, it was hard to shake the feeling of slight fear walking around at night or even in quiet places during the day. Even in crowded places, it seemed to always be in the back of our minds that we had to be extra cautious about our safety.
After spending a month in Brazil, we must say that these notions now actually aggravate us to the point where we felt the need to write a blog post just to inform people that it really isn’t that bad. 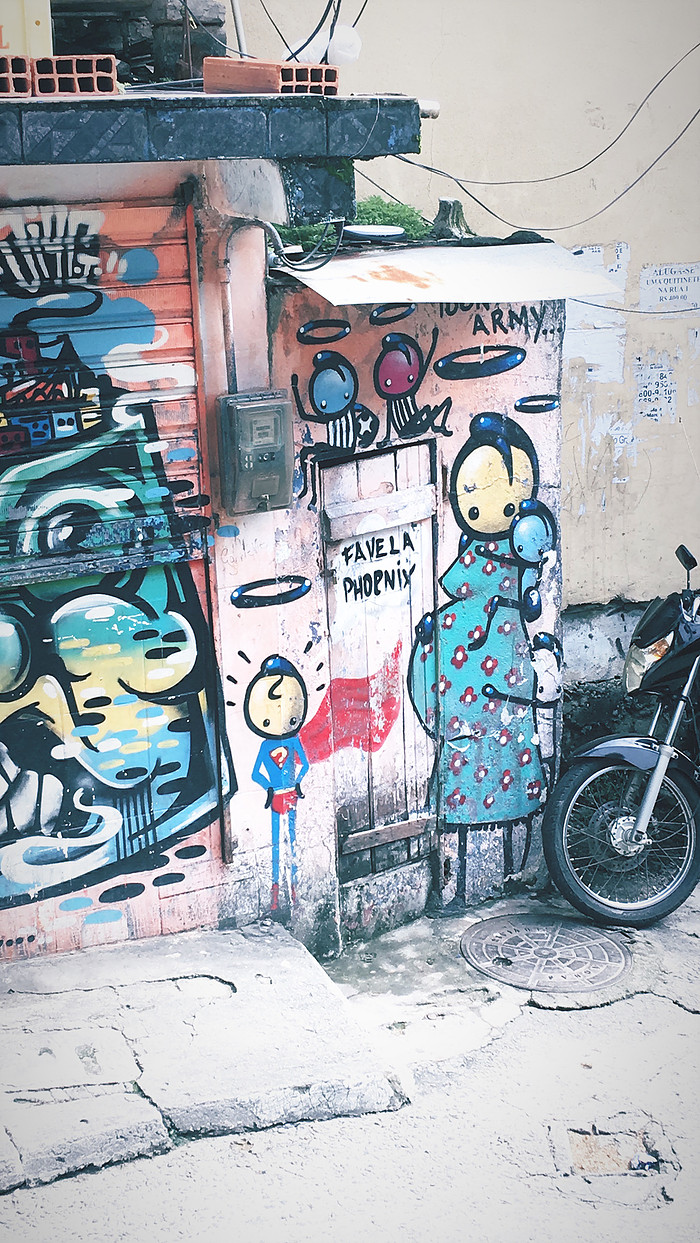 Of course, we’re not entirely ignorant. There are obviously some dangers in Rio and other parts of South America and it may be higher than some other cities but almost every city has the same kind of dangers there that tourists could run into here.
Things like pick pocketing or phone snatching; not only are these easily done in many cities around the world, they are also opportunist crimes. These type of crimes are also easily avoided for the most part. The more intense crimes, such as gun or knife crime are detached from the tourist circuit and are isolated between gangs. The same way there are many behind the scenes crimes happening around you everyday but they don’t affect your daily lives.

After visiting a favela through Brazil Expedition and being shown around by local inhabitants of the Rochina favela, Carlos and Wellington, this only cemented our views. Carlos (who was a very intelligent man, having fought against the odds and knew 4 languages, self-taught) began by explaining that we were safe inside, despite this being the area tourists should apparently feel the most unsafe.
He reckoned that people in the favela leave their doors unlocked when they go out and that there is such a community vibe that you could knock on someone’s door at 1am asking for sugar and it wouldn’t be a problem. This was hard to disbelieve, as we walked around and both Carlos and Wellington high-fived or greeted every passer-by. 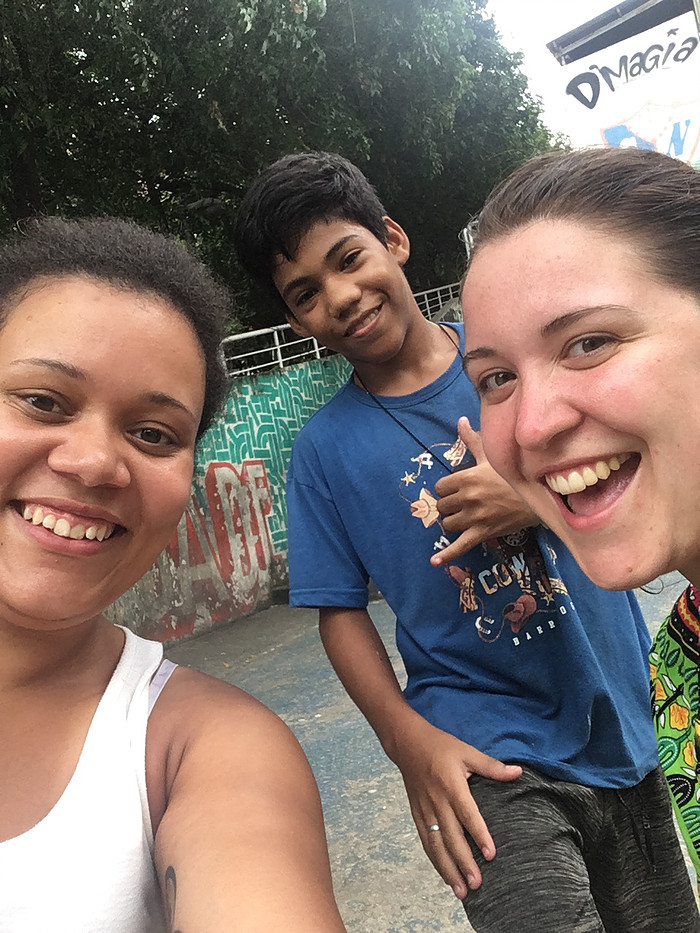 So why does Brazil get such a bad rep?

From hearing people talk who are from this side of Brazilian life, it is easy to feel the pain and frustration they feel about the government and how they have been treated. They see favela life and the rest of Brazil as two separate worlds, as they feel cast aside and forgotten about. As Carlos and Wellington kept reiterating, the real Brazil hasn’t been experienced until you’ve stepped foot inside a favela and with the majority of the population of Rio in particular living in a favela, this is probably true.
As mentioned earlier, the locals we had spoken to previously would warn us of the dangers in Rio but maybe they’re just as blind to the truths as tourists are? Carlos was adamant that the government uses the scare tactic to stop people from going into the favela’s and seeing the true state of how they have allowed people to live. So instead they sunbathe by the Hilton on Copacabana beach, complaining about the crime rate caused by favela inhabitants. 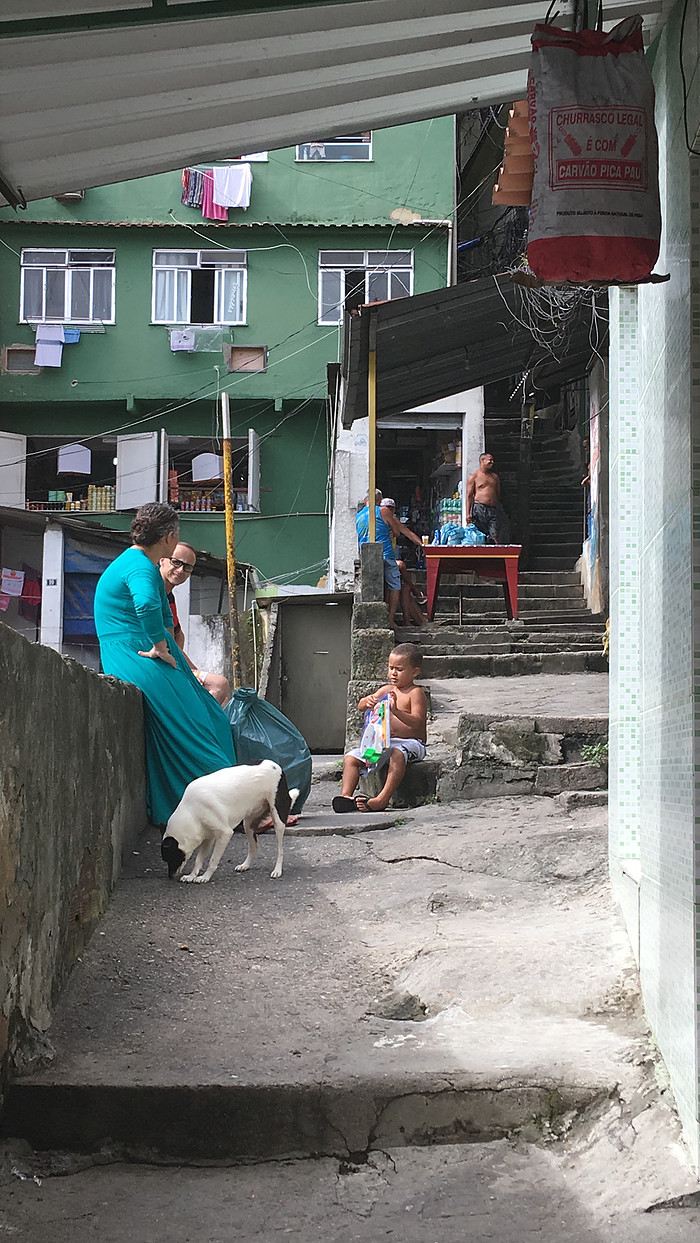 Carlos has been doing these tours for 25 years and only seen 15 Brazilian’s visit, so are they really any more in the know than you or us?

Of course a local is going to say that favela’s are safer than we like to think you might say, pretty biased right? True but what we were told is no different to the same government issues, racial inequalities etc witnessed all over the world. Also, just to add to the evidence of safety, we came across a guy from England who actually fell in love with Rio and this favela so much that he has now been living there for the past 5 years, whilst trying to help the locals to have a better quality of living.
We could talk for hours about the politics and social inequalities of favela life but it is best learnt through a local. We definitely recommend Brazil Expedition, as their ethics are in all the right places and unlike most tours you'll get to walk through the favela rather than hear stories through a bus window.
Aside from favela’s, in the whole of Brazil in general, we honestly met some of the nicest people we have ever come across. People who have gone above and beyond to help us or just get to know us and our culture more. These people do not deserve to be feared. 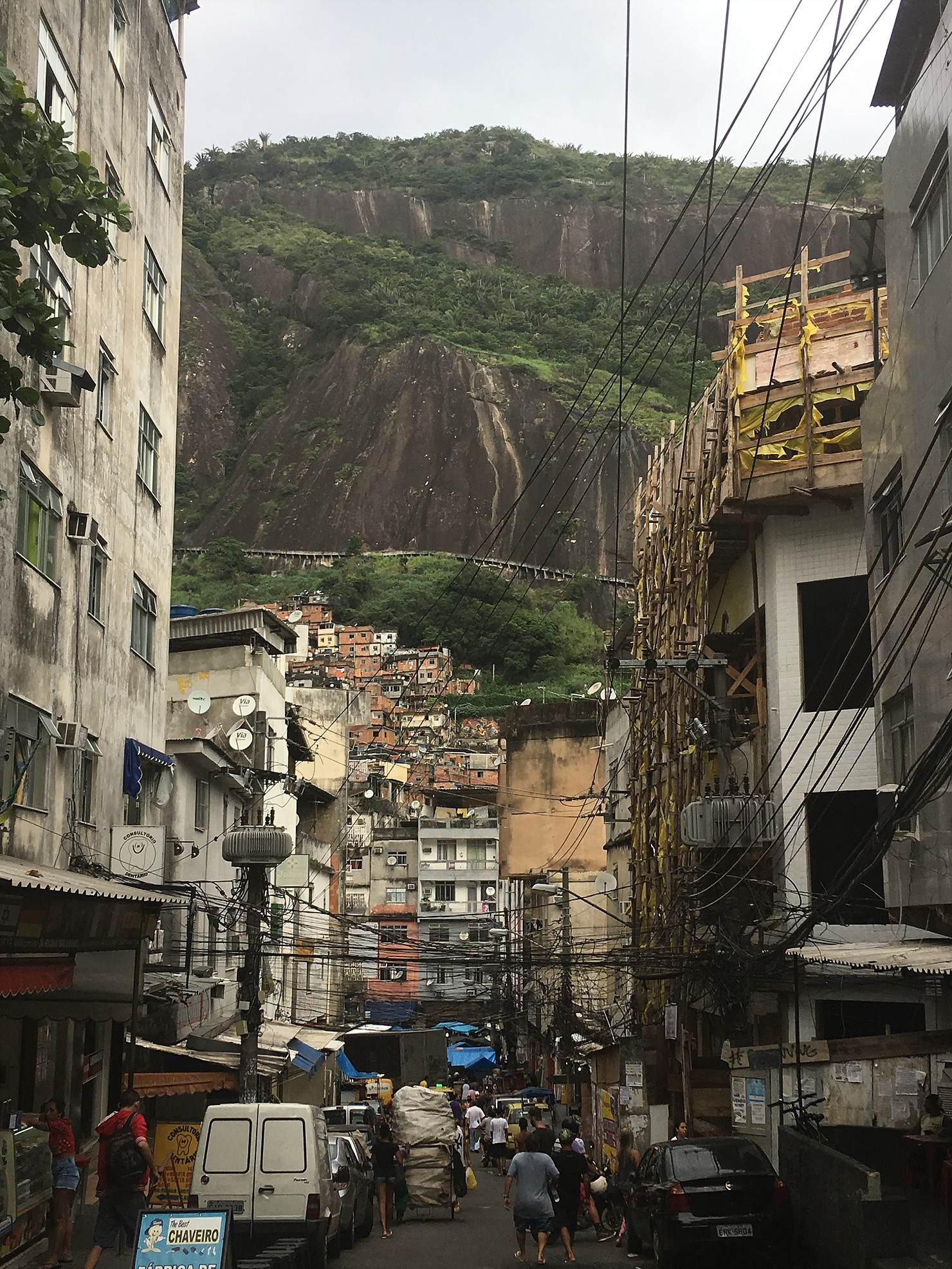 The basic rules to travelling safely..

So yes, your phone may get snatched on the streets of Rio but not because Brazil is super dangerous but because there are a lot of poor people in the city and you’re flashing your shiny iPhone around. Wave expensive items around most people in poverty and can you really expect it to stay in your hands? These people are just trying to survive.

Obviously just be cautious; wear a money belt and don’t flash your cash. We can't speak for the whole of South America yet. However, after travelling around Brazil, we can categorically say that for the most part, it feels safe. As much as busy cities do and it definitely seems that people who have run into trouble have just sadly been very unlucky or been silly and not looked after their possessions.
Please just don’t let this fear either stop you from travelling to South America or ruin your time whilst there feeling tense because the country is beautiful and so are the people.
Update: Since travelling the whole of South America, we only heard of bags being taken or pickpocketed during coach journeys and this was only three people. Take that Auntie May, we all came back safe! No abductions, rapes, murders, or gun point crimes here pal. 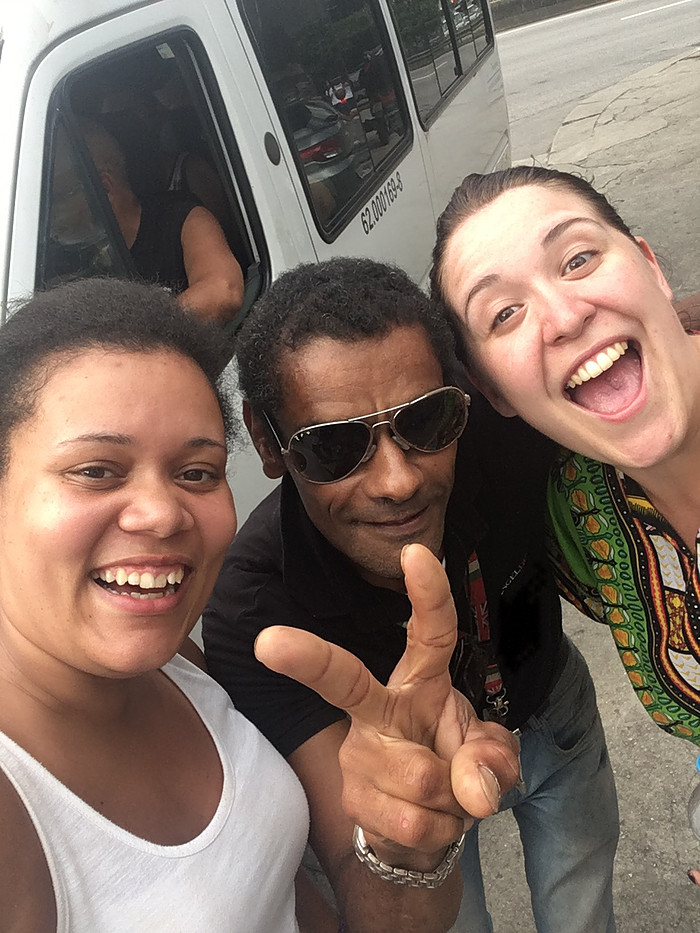 Hey you! Thanks for stopping by. We are Marlie & Sarah and we're here to share all our travel and lifestyle tips, tricks and stories. Check out more about us here.

Can't see our spotify travelling playlist? Open this page on Chrome, Mozilla or Firefox, or follow 'Marlzie' on spotify. =) 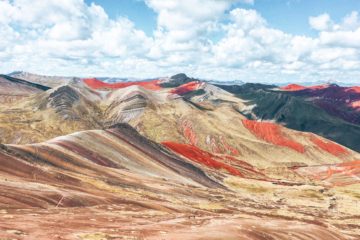 You’ve probably seen all the amazing shots of Rainbow Mountain plastered over Instagram right? All looking like the person taking the shot has the mountains all to themselves and the caption doesn’t mention anything about Read more… 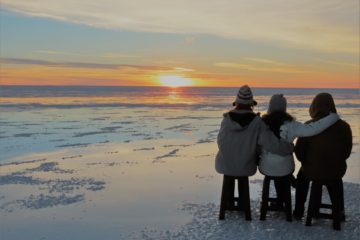 The Largest Salt Flats in the World – Salar de Uyuni

The Salt Flats in Bolivia is something we have seen photos of sporadically throughout our lives and the photos have always caught our eye. I mean, how could the image of a 4x4 seeming to Read more…

Our experience of Lake Titicaca

As we arrived into Puno a day later than scheduled, we realised if we wanted to stay overnight on a tour of Lake Titicaca, we needed to find a tour company ASAP who could take Read more…